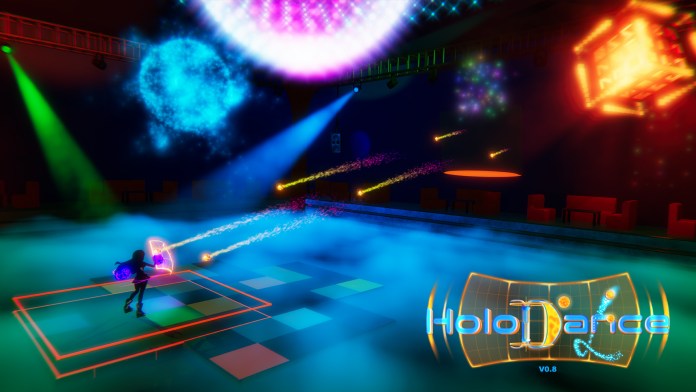 VR Helps Inspire Children and Teenagers Off the Sofa

Children are our best hope for the future, but 1 in 6 children and teenagers in the US are obese. This disturbing and frightening fact that has been confirmed by the Center for Disease Control and Prevention is the cold, hard truth that everyone has to face. Children are getting unhealthier every year and it is time that children’s affinity for video games and virtual reality is an effective way to prevent obesity from affecting our children’s health. Can the lifestyle choices we make as individuals and families combat obesity in children? Let’s dive in.

There are 41 million children worldwide who are overweight or obese World health organization Dates for 2014. Who or what is to blame? Many people point the finger at how inactive children and families get. Edward R. Laskowski, MD of the Mayo Clinic Urges parents with children and adolescents from 6 years to get their children off the couch and to exercise for at least an hour every day. Unfortunately, this does not apply to most children.

Only 21% of children between the ages of 6 and 19 actually get it Recommended amount of exercise daily. That is less than one in four! Now what about the rest of the kids, the other three quarters? You will most likely keep on gaining weight more and more. It seems overwhelming and unstoppable – unless parents and adults step in with a fun exercise to combat it.

Children and young people sit more than they play

Kids love video games, love sports, have lively imaginations, are resilient learners, and live to have fun! You’d probably play sedentary video games all day if parents let me and that sort of thing. In a 2009 NPD According to reports, US research has shown that teenage video gamers ages 12-14 spent the most time playing video games, 10.6 hours per week, of all ages. That’s ten hours in which these teenagers could have had much-needed exercise.

That’s not to say they aren’t getting exercise at school or the gym, they probably are. However, sitting at school for hours during class, exercising and taking a snack / lunch break during physical education, and then returning home to sit and snack in front of a video game for ten hours or more is not a proactive approach to improving a child health. Indeed, a Seat study 2015 In young girls it was found that just 3 hours longer sitting would reduce vascular flow by up to 33%, which would affect them later as adults.

Be a committed parent and lovingly use what children love to play as motivation to exercise. Do not punish the child by taking away the Wii, 3DS, PlayStation or PC game. Instead, look for an outlet that is similar to the one you’re used to, like VR, to get them to take action while having fun at the same time. The combination of physical activity and the immersive fun of a virtual world will grab a child’s or teen’s attention for as long as any stationary video game, making them forget they are actually exercising. We won’t say anything if you don’t.

Kids love to learn VR, test it, and play imaginative and interactive games. So why not put on a VR headgear and let them do what they do best – play. There are amazing organizations like VR Health Institute for Health and ExerciseUnder the direction of founder Aaron Stanton, these study and provide the public with information about the physical benefits of virtual reality games. They’re also one of the few organizations that has a list of kid-friendly VR games, thoughtful reviews, and a handy guide that shows you which games and workouts burn the most calories per session.

Here is a list of VR games that will give you hours of entertainment, exercise, and great memories with your kids. VR games can be found online at Steam VR Store or the Oculus Rift Store.

HTC headsets are compatible with games from the Steam Store.

Oculus Rift headsets are only compatible with games from the Oculus Store.

In an article by parentsKarin A Bilich explains that children who exercise regularly have short-term and long-term physical benefits. She notes that exercise keeps all internal organs such as the heart, circulation and brain in tip-top shape. She emphasizes to parents that children need strong bones to promote growth and prevent painful fractures at a young age.

It is well known that exercise can help reduce the incidence of cancer, high blood pressure, and weight gain when a health measure is taken quickly. In essence, what kids learn to love, like exercise and eating right, can have a huge impact on their health and well-being as adults – for better and for worse.

Get started with VR today

If motivating your child, teenager, or the whole family to exercise is of the utmost importance to you, please read the Starter Guide for VR Fitness Insiders!

You will find information about the VR kits available in the market, the computers they are most compatible with, and other useful tips on how to best incorporate virtual reality into your training.