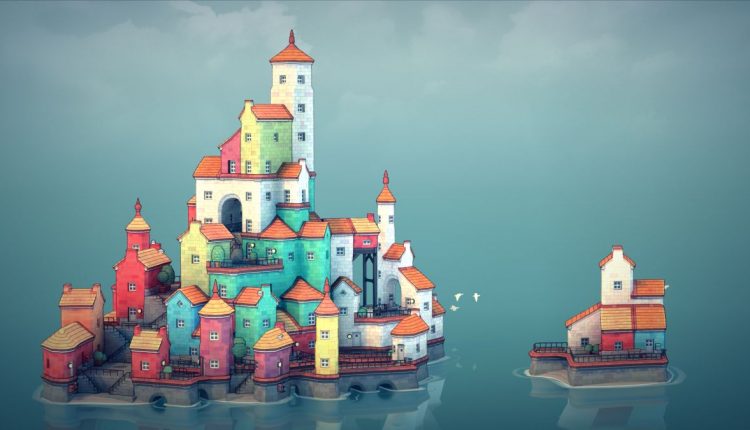 Townscaper received a warm reception when it was released on PC in 2021, and we reckon it’s one of the best Android games currently around. But the indie gem is about to get a whole lot more immersive, it’s coming to Oculus Quest 2 and Pico headsets on October 6.

The port will directly translate Townscaper to the VR systems. No more mouse clicking or screen tapping, you’ll be stretching out toy-like buildings, extending roads, and painting cities using your hands.

Watch the announcement trailer below.

Not so much a game as it is a creative sandbox, Townscaper lets you construct quaint city dioramas. Every building you place will automatically merge and adapt with those around it, as stairs, courtyards, and roads organically spring up in reaction to the architectural developments of your city.

It’s all very placid. With no objectives to complete, citizen requests to fulfill, or to manage traffic, Townscaper is a city builder in the most literal sense. It’s fairly intuitive, too. You can whip up a small floating hamlet in a matter of seconds or spend hours poring over a flying metropolis, carefully tinkering every steeple and alleyway to make it just so.

Developer Oskar Stålberg teased the port back in March this year, sharing a clip of an early VR build on Twitter. In the accompanying thread, Stålberg outlined some of the difficulties he was facing in bringing the strategy game to VR systems while making it feel tactile and instinctive.

Looking at basic VR design. Current idea is to use a point on a stick for interaction (rather than a raycast) so that you can build in the air. Those points also serve as grabbig points for grab-navigation. Feels tactile. pic.twitter.com/QvqoJzkn9yMarch 3, 2022

Townscaper will make a change from the other best VR games currently out there. But if you’re thinking of moving into VR, you might want to wait. There’s never been a worse time to buy an Oculus Quest 2.