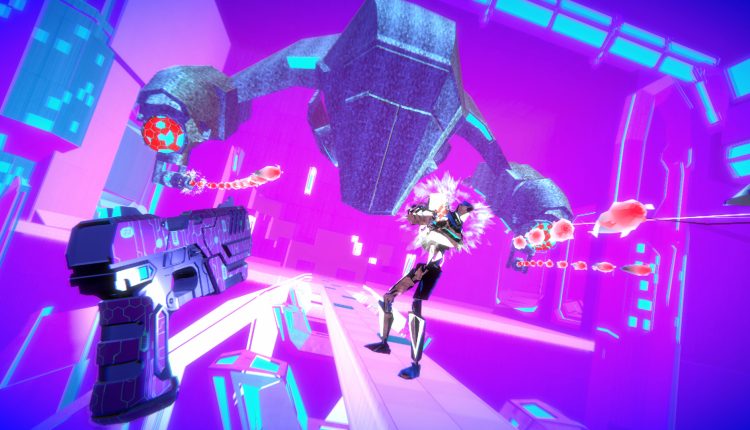 You may have seen that Oculus Quest 2 (now Meta Quest 2) recently introduced a new demo scheme within the Quest Store. Called ‘Try Before You Buy,’ this new system-level feature lets developers opt-in for time-restricted demos through the app’s store page. Now, we’ve got a look at how successful that’s been for Pistol Whip.

Developed by Cloudhead Games, Pistol Whip’s best described as a mix between John Wick and Beat Saber. Placing you inside vibrant dreamscape worlds, this rhythm shooter sees you taking down enemies to the musical beat. Available on Quest 2 – which many consider Meta’s best VR headset – the original Quest and Meta Quest Pro, Pistol Whip’s been a hit with players, making it an ideal trial candidate for Try Before You Buy (TBYB).

Confirmed in a Meta Quest developer blog, Cloudhead Games conducted soft launch testing for Meta from July 20 until August 19, 2022. While developers can set timed demos for 15-30 minutes, Cloudhead chose 20 mins, but it’s unclear what audience size this reached . According to Meta, Pistol Whip achieved a 7.5% conversion rate from trial to sales.

Speaking on Twitter, Cloudhead Games CEO/COO Denny Unger confirmed that he was happy with the demo’s success. “Again, I was pleasantly surprised but personally I think the 20-minute limit was a partial key when comparing [the] psychology of standard demos & TBYB programs,” Unger stated.

Since the soft launch finished, TBYB’s now available for all Quest developers. Sadly, some of Quest 2’s biggest recent releases like Bonelab and Iron Man VR don’t support this, but others like Jupiter & Mars, Ruinsmagus, and Startenders are jumping in. Once the trial’s over, access gets removed until you buy the app, but your progress and achievements are all retained.