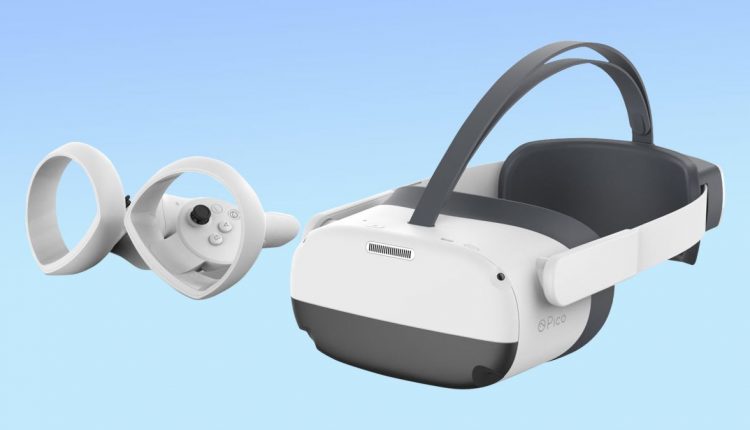 The Oculus Quest 2 might be the first name you think of when you talk about virtual reality — but Meta’s Reality Labs, formerly called Facebook and Oculus respectively, isn’t the only name in the game. Pico, one of the main rivals to Reality Labs, just filed a new patent for its next VR headset.

The patent was discovered by Protocol (opens in new tab) this week and claims that it includes references for both the Pico 4 VR headset and the Pico 4 Pro VR headset.

What’s unique about the listing is that the Pro version of the headset looks like it has eye-tracking capabilities — something Meta has promised will come with future headsets, but has yet to deliver on.

Like the Oculus Quest 2, expect the Pico 4 in a white color with a Qualcomm processor — hardware the two headsets would share in common — but the Pico will reportedly run Android Q and launch with a redesigned controller.

Images of said controller have purportedly been leaked by a publication called SkarredGhost (opens in new tab)but so far neither Pico itself or its parent company ByteDance (yes, the ByteDance that owns TikTok) have made any official announcements.

How much will it cost and will it be better?

Hard specs aren’t listed on the filing, but the current-gen Pico Neo 3 has a 1832×1920 LCD screen, 6GB of RAM and 256GB of storage — all specs shared by the Oculus Quest 2. Does that mean the Pico 4 and Pico 4 Pro are going to push the boundaries of VR whenever they come out? Only time will tell.

That said, without any firm specs or pricing, it’s hard to gauge what kind of competition the Pico 4 will be for the Quest. So far, no Pico headset has ever come close to rival Meta’s standalone VR headset in terms of sales or popularity, despite having similar specs and price points.

What could separate the Pico 4 Pro from the pack, however, is the eye-tracking feature. Eye tracking would essentially enable the VR headset to implement features we’ve yet to see on Quest. Higher resolution panels have been a barrier, but with foveated rendering techniques, the headset could push higher quality textures to the area where you’re looking.

Eye-tracking could also be implemented in games in unique ways — especially if you’re into horror titles like Five Nights at Freddy’s: Help Wanted — but that will come down to whether developers adopt the technology as well.

It’s not a question of if Meta will release a VR headset of its own with eye-tracking, but when. If Pico beats the next Quest out of the gate, well, it stands to reason that the Pico 4 Pro could be a serious contender for the best VR headset. But until we see it for ourselves, however, we’ll keep using our Oculus Quest 2 for now.