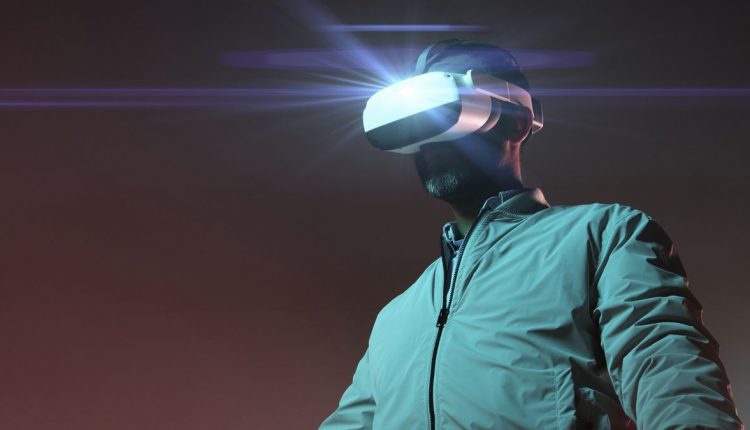 Pico might be owned by another social media giant — that’s ByteDance, the parent company of TikTok — but the Neo 3’s presence on European shelves could be the best way to push the product onto shelves of other countries and offer up the competition Meta’s headsets sorely need .

That’s not to say the Oculus Quest 2 isn’t an amazing system — it’s absolutely the best VR headset on the market today — but Pico has the chance to offer up competition in a way that’ll make all standalone headsets better and, as a Bonus, could create an environment that’s friendlier for indie developers than Meta’s App Lab currently is.

When the Quest 2 launched with the requirement to use a Facebook account, it was clear the company would face hurdles in its goal of vast VR market adoption. But few would have expected the company to pull its products from German shelves over possible regulatory issues. Even further, Amazon Europe’s removal of the Quest 2 from its virtual shelves all over the continent in May 2021 was likely a big part of the decision to eventually recall all Quest 2 headsets in late July 2021.

Without precise regional sales figures, though, we’ll never really know how much these events have affected sales of the Quest 2 in Europe. But there’s one brand that has yet to make a splash outside of China, yet, could have huge ripple effects throughout the industry when it finally launches on European shelves this year: Pico. Pico has a real chance to pick up the slack that Meta has left lying on the proverbial floor, and the company’s latest announcement that the Pico Neo 3 is coming to Europe is as exciting as it could possibly be.

A chance at real success

To this day, Pico has released three generations of standalone VR headsets — which makes sense given the name of the Pico Neo 3, a headset that’s extremely similar to the Quest 2 in many of the right ways — but none of them have been aimed at consumers outside of China. When the Neo 3 launched in China last May for under $400, it featured almost identical specs to the Quest 2 in addition to a more comfortable headset and even played many of the best Quest 2 games, to boot.

In most ways, it was a dream come true for anyone hoping for more competition in a space that Meta quickly took over. That is until the West realized it was only getting a version that cost $699 and likely would never see the light of day on store shelves thanks to the heavily enterprise-focused angle Pico was taking. Given the Pico Neo and Pico Neo 2 were both enterprise-focused headsets in the West, this came as no surprise.

But now that Pico is finally pushing into the consumer segment outside of China, its focus on Europe first makes a lot of sense. Europe is where Meta has had the most turbulence in its product launches — and with Facebook and its other associated social platforms, as well — so why not attack the Achilles’ heel first? I spoke with Anshel Sag, a senior analyst at Moor Insights & Strategy, about the strategy and he completely agreed. “Yes, I believe that they have a better chance in EMEA, which is why I believe it has chosen to start in Europe with its consumer push.”

But it’s not just Pico’s regional strategy that’s so impressive here. It’s also the product design, itself. At €449/£399, the Neo 3 Link is launching at the same price as the 256GB Quest 2 in Europe and, even at the same price, includes a far better head strap design and even includes a link cable for PC VR play out of the box. Meanwhile, you’ll have to pay extra for the best Quest 2 head straps and link cables.

If Pico finds consumer success in Europe, will it attempt to replicate that success in the US? Yes, but not right away.

But the question is, if Pico finds consumer success in Europe, will it attempt to replicate that success in the US? Say yes, but not right away. “I believe that the company may spend some time building an ecosystem in Europe first building a library and ecosystem that can compete with Meta’s.”

Most notably, during Pico’s April 13 announcement was the mention that folks who buy a Pico Neo 3 Link in Europe will receive a “35% discount on a future model,” that would ship “within the next 12 months.” A clear node to a Pico Neo 4, if I ever heard one.

The likelihood that the Pico Neo 4 will launch in China, Europe, and the US isn’t a given, but it’s certainly more possible than ever, especially if Pico’s launch in Europe goes well.

Pico is launching the Neo 3 Link in Europe with over 150 games available at launch. While that’s quite a bit less than the roughly 350 games on the official Quest store — and even less than the nearly 900 on App Lab — it’s more than just a respectable number to launch a “new” system with.

Additionally, these are games that VR gamers actually care about, too. It includes games like After the Fall, Superhot VR, Walkabout Mini Golf, Eleven Table Tennis, Red Matter, and plenty of others. For all intents and purposes, the Neo 3’s hardware similarities to the Quest 2 make it simple enough for developers to port their games to the system, especially since both the Quest 2 and Neo 3 rely on the same OpenXR standard for game development.

But it’s not just big-name titles that I’m interested in here. Pico has a real opportunity to capitalize on indie developers in a way Meta really hasn’t. While App Lab and SideQuest are decent ways for indie developers to start out, each marketplace comes with its own set of difficulties. SideQuest requires Quest 2 owners to have a developer account and sideload games — an annoying technical hurdle that most users probably won’t bother with — while App Lab’s curation method makes it impossible for people to find games they want unless they know the exact name to search for (or they click a link).

The fact many devs stuck on sidequest and app lab are now porting to Pico makes me believe meta will have to make app lab easier to discover.If not, devs may just not see the interest to work that hard to be hidden when another platform will give visibilityWhat’s your thoughts?April 15, 2022

So, could Pico create a marketplace with both “big-name” games and indie ones without muddying up the waters and making it difficult to find anything? I think so, and Sag thinks there’s an additional opportunity that I hadn’t initially thought of. When I asked him if Pico’s app store could be a more profitable venture than the current Quest solutions, he replied, “Yes, especially if developers are able to charge more for titles because there’s an actual app store tied to a payment system and hardware that’s optimized for it.”

But, at least to me, the visibility and/or curation problem isn’t the biggest problem with the Quest store or App Lab. It’s the fact that Meta really isn’t transparent with how it approves games. Sure, there’s a comfort chart that developers need to follow if they ever hope to get their apps approved for the full and proper Quest store, but there’s seemingly no logic as to what actually gets to graduate and what doesn’t. Two notable game examples on App Lab are Gorilla Tag and Pavlov Shack. Gorilla Tag went viral almost immediately and has been played by millions of VR gamers across all the platforms it’s available on, with concurrent player counts in the tens of thousands.

Meta really isn’t transparent with how it approves games and Pico could do so much better.

Meanwhile, Pavlov Shack has also been popular since its first beta release on SideQuest, not to mention its availability on the more official App Lab. Similar games like Alvo and Contractors have seen official Quest store releases, so why is Pavlov being held back? It’s certainly not a popularity problem.

“I think less of a stranglehold on content would be great, there simply isn’t a standalone VR market outside of the Oculus/Meta Quest store and I believe that a more Valve-like approach could be beneficial since today Valve only ships for the PC and not standalone,” says Sag, and I have to agree. While Meta’s more stringent approval methods for the Quest store might be good for developers who have been specially chosen, such a method is bad for the end consumer and, especially, for smaller indie developers who don’t have wide margins or deep coffers to live off of.

The standalone VR market had almost no real competition — something Counterpoint Research’s sales numbers back up — and Meta quickly became a virtual monopoly overnight. In fact, Meta controls 80% (or maybe more) of the VR market, as a whole. It’s high time someone else showed up to challenge those numbers and bring balance to the Force. The question is, will Pico be the Luke Skywalker or the Darth Vader of the battle?