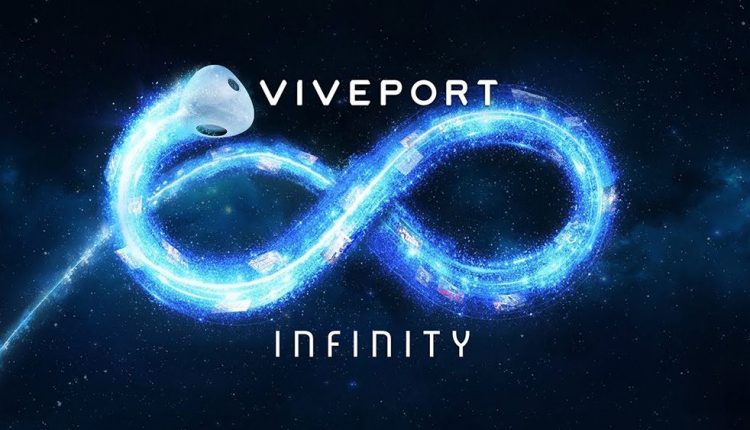 For the past couple of years, there’s only one name in the VR game: Oculus Quest 2. The meteoric rise of Meta’s headset has not only made the social media company the face of the metaverse, but it’s meant that more people than ever now have a VR headset in their homes.

But with rival products such as the Apple VR headset and Sony’s PlayStation VR 2 expected to launch soon, and Meta hampering its own efforts by hiking the price of the Oculus Quest 2, there’s a chance that the current ruler of the VR space could see its kingdom fall.

Meta likely sees Project Cambria, its long-awaited follow-up to the Quest 2 with impressive new features such as eye-tracking, as its saving grace. But in fact, Vive’s headsets have been in possession of a superior feature for years, one that would be a much better get.

Meta needs its own version of Viveport Infinity.

What is Viveport Infinity?

Viveport Infinity is Vive’s VR take on Xbox Game Pass. For a monthly fee, you gain access to a huge library of VR titles that you can download and play whenever you want.

Viveport isn’t quite as impressive as Game Pass – it doesn’t boast day and date releases, nor will it let you play games from a smartphone – but it still has something to offer players. Namely, a way to play some of the best VR games without breaking the bank.

We’ve been loving Please, Don’t Touch Anything VR; but once we’ve solved its puzzles once, we won’t want to play it again (Image credit: Escalation Studios / Four Quarters)

This would be an especially helpful tool for fans of VR puzzle games, escape room-like experiences that generally can only be enjoyed once. While these titles can keep you entertained for a few hours (a typical VR game is around four or five hours long, in our experience), if that’s the only game you can afford for one month, then you might not feel you got the most bang for your buck.

With its incredible selection of exclusive games – which includes titles such as Resident Evil 4 VR and The Climb 2 – Meta’s Oculus Quest 2 could easily support its own version of Viveport Infinity. Not only that, but with the content at its disposal, Meta’s rival could wind up being the superior offering of the two.

What’s more, if Meta can deliver its version of Viveport Infinity at a reasonable price then it would make VR gaming feel more affordable again. Sure Meta’s headset might have gone up by around $100 / £100 / AU$150, but if you can save that amount or more on the VR games you get to play, then the pain of the price should hike sting a lot less.

Meta not have its own native version of Viveport Infinity yet, but that doesn’t mean that Quest 2 players might have to miss out on the benefits the service provides.

All you have to do is follow our guide to how to connect your Oculus Quest 2 to a PC – using either a Link Cable or Air Link – and download the Viveport desktop app (opens in new tab). Then just pay for a Viveport Infinity subscription and you’ll be able to enjoy thousands of PCVR titles with your Quest 2.

You don’t need a Vive Cosmos Elite to play Viveport Infinity games – your Quest 2 and a PC will be enough (Image credit: Future)

This option has some downsides over a native Quest service, though. Mostly that you need a VR-ready PC – which aren’t the cheapest. This means the service as it exists right now isn’t the most accessible. You’ll also have to forego some of the freedom afforded by your wireless headset if you choose to use the Link Cable to hook it up to your PC.

But if you have a decent computer already, and are looking to play a heap of VR games on a budget, Viveport Infinity might be the best option for you right now – at least until Meta launches its own subscription service.

Greatest Oculus Quest 2 video games 2022 — and no, Beat Saber is not certainly one of them