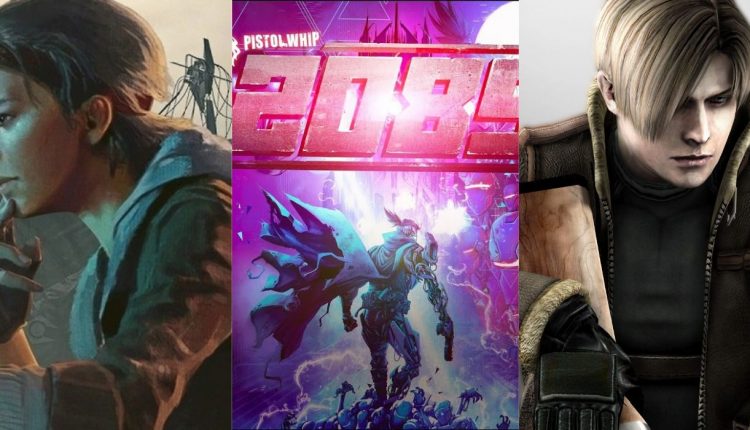 The 10 Coolest Video games To Play on Oculus Quest 2

The VR industry has been making waves in recent years and with the release of the Oculus Quest 2, more things are possible than ever before. The wireless capabilities mean no more worrying about becoming hogtied by the setup.

RELATED: 20 Awesome Things You Didn’t Know You Could Do With Your Oculus Quest Headset

The world is one step closer to the holodeck in Star Trek: The Next Generation. It may be the first of a million steps, but it’s a step nonetheless. Even if it isn’t solid holograms yet, the Oculus Quest 2 has a ton of fun games.

Synth Riders is a dance-action rhythm game that promises a full-body musical experience. Synth Riders is a more involved take on the Beat Saber genre that has populated VR games ever since that iconic game hit shelves. This game places a particularly strong emphasis on fitness.

SCREEN VIDEO OF THE DAY

While players certainly could dance while playing Beat Saber, the goals there are more oriented toward timing and fast-paced hand movements. In contrast, Synth Riders is a marathon of fitness, forcing its players to get their whole bodies moving as they drift through a neon wonderland, making it one of the best games to keep players fit in 2022.

For anybody who has ever wanted a mini-golf course in their home, Walkabout Mini Golf is a great game to consider. It features cartoonish and appealing graphics and even has multiplayer capabilities. The devs have painstakingly made the physics realistic to simulate how bad most people are at mini-golf.

The game is a perfect concept for VR. It lets players enjoy wide landscapes and wacky architecture, and provides a fun challenge that is immediately relatable to the actual game it’s based on. For solo players, there are also hundreds of custom balls hidden throughout the game that you can acquire.

Eleven is literally the best way to play table tennis without actually needing a table for it. Thanks to the Oculus Quest 2’s wireless setup, and the fact that table tennis is a game that doesn’t need a lot of walking around, Eleven was in the perfect environment to recreate the sport in VR.

The developers proclaimed that they were “obsessed” with recreating the exact realistic physics of a table tennis game (per ElevenVR). Most of the dev hours were spent gaining feedback from both QA and the community for the best table tennis experience. Even table tennis pros praise the devs for getting insanely close to the real-world experience.

Unstung is still in development, but the game is available to play and VR fans have been singing the game’s praises. As the Queen, players are in command of an entire swarm of bees to do whatever it takes to keep the colony alive.

Players can command bees to defend their gardens from other hungry bugs. The meadow’s health relies entirely on the Queen’s ability to manage hundreds of bees and protect the food sources. Unstung is a fun strategy game that acts as “proof of concept” for the genre.

Much like every rogue-lite, nearly everything is randomly generated. Every dungeon is different from the last, so this VR game has a ton of replayability for that alone. The usual gameplay loops will feel fresh when done from a VR perspective.

Wander is the best Google Streetview VR game on the market right now, and it’s considered by many VR fans to be superior to Google’s official app. It’s not exactly a “game,” but more like a tourism experience. By virtue of using real-life images, it is a contender for the most realistic game on Oculus Quest 2.

Wander also has the unique feature of letting users take their own 360-degree pictures. Since Google StreetView’s data is sometimes outdated, that feature is incredibly cool. It also incentivizes users to share 360 ​​pictures of locales in their area that they want to be more well-known.

In Valve’s continued insistence on not making an official third entry into their franchises, Half-Life: Alyx was a hotly anticipated sequel(ish) to the long-stagnant Half-Life Franchise. After over a decade of no news, Valve just decides to drop this game onto gamers’ laps. They are then greeted with one of the most complete and immersive VR games ever made.

Although built primarily for the Valve Index, Half-Life: Alyx can be played on the Oculus Quest 2, but players do need to do a bit more set-up than involves virtual desktops and a very fast internet connection. Once players have all that set up though, they can explore the world of Half-Life in much greater detail than ever before.

The Resident Evil franchise is no stranger to VR horror. RE7 famously has a fully VR-compatible mode, but RE4 getting a VR version was surprising. For starters, RE4 is a primarily third-person shooting game, so moving the experience to VR would be a challenge.

However, Capcom continues their rock-solid “good game” streak recently and put out a fantastic (if janky) port of the action-horror classic. Familiar settings are nearly the same, with a few accommodations made to account for the new perspective. For those looking for a fun-filled thrill ride, RE4’s VR port is a surprisingly great game in its own right.

The breakout hit of the VR gaming scene, Beat Saber is an immersive rhythm-based VR game that combines two of the coolest things ever: lightsabers and hitting things to a beat. The premise is so simple, players hit blocks as it comes toward them to the beat of the music.

A massive modding community has also allowed players to create custom maps and songs. While they aren’t officially sanctioned by the devs for legal reasons, they do have the framework for players to put in their own songs should they choose. For gamers who want to hit the beat and play with lightsabers, this game should be at the top of their lists.

Pistol Whip is a John Wick meets rhythm game, and it’s an incredible VR experience. With over 30 handcrafted levels that range from bank heists to robot revolutions, Pistol Whip is one of the most action-packed video games currently on the VR Market.

The game has a multiplayer mode as well, allowing players to challenge each other on high-score leaderboards. Best of all, the developers have made it so that all past campaigns and updates on the game are totally free. It’s one of the most replayed VR games for a reason.

Why Force Unleashed’s Starkiller Wields His Lightsaber So Differently

Gab Hernandez is a freelance writer who spends way too much time talking about stuff they watch instead of watching more things. With 4 years of experience as a freelance writer, Gab joined ScreenRant to find an even bigger audience to read his takes on the latest media: whether they want to or not.