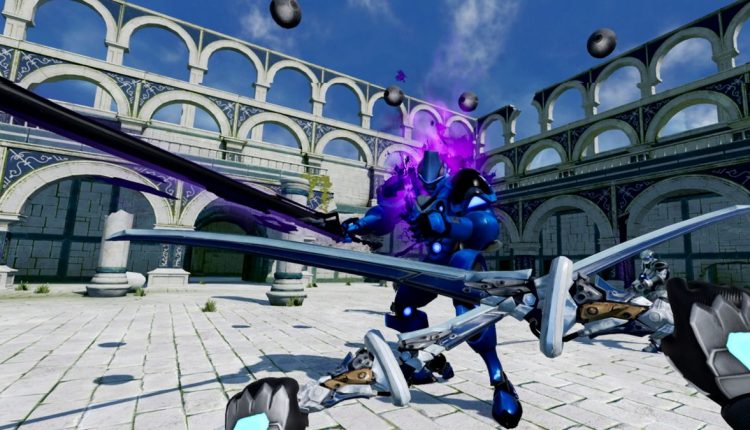 Swords of Gargantua studio Thirdverse announced its newest game, Altair Breaker, will be launching for Oculus Quest 2 and PC VR headsets next week on Aug. 18 and released a launch trailer.

The virtual reality title will have players fighting against enemies in highly-stylized sword fights in arena combat environments. Players will be able to use a wide range of attacks including aerial combos, shockwave attacks, and “Surge Mode.” Players will also be able to climb and glide around the environment, giving more possibilities for attacks.

Altair Breaker is set on a floating island called Vastus Isle, which used to be a magical workshop that experimented with artificial intelligence. Players must defeat the experimental battle AIs wandering around to help humanoid AI Stella and keep the aerial city at peace. The studio showed off some of the island and its deadly inhabitants in the launch trailer.

Altair Breaker will feature cooperative multiplayer with up to four players and support cross-platform play with Quest 2 and PC VR. Players across both platforms will be able to use native voice chat to talk to one another. It will be available in the Meta and Steam stores on Aug. 18 for $25.

Thirdverse recently announced it would shutting down Swords of Gargantua servers across Meta Quest, SteamVR, and PlayStation VR on Sept. 30 three years after launch. The game required an internet connection, which is also required for Altair Breaker, so it will be unplayable after the date.

Tips on how to Play Roblox on (Meta) Oculus Quest 2…