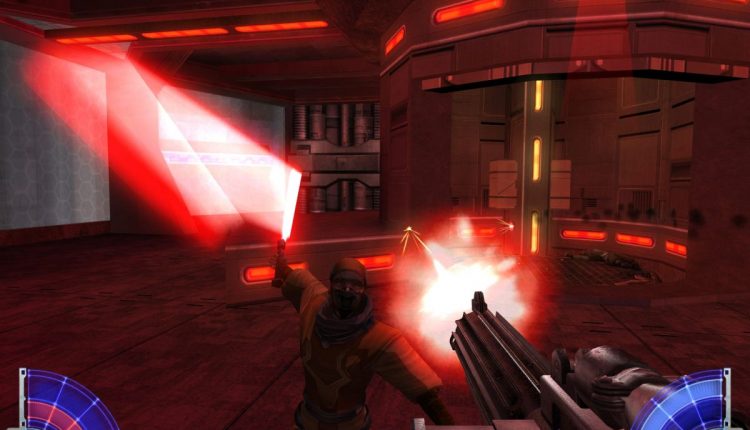 Team Beef, the developer group behind unofficial virtual reality ports of various games, has announced its next classic games port will be Star Wars Jedi Knight: Jedi Academy alongside its move to Patreon to continue funding these projects.

dr Beef has been responsible for other VR ports of classic first-person shooters with the original Half-Life, Doom franchise, and Quake 3 Arena most recently. Its ports can be played on Meta Quest 2 through SideQuest, a third-party app store that offers software not available on the official Quest store through sideloading. SideQuest recently made it easier to access its apps and games while still in VR.

Team Beef had also announced it would be moving to Patreon as its main source for financing current and future development within the next few days, and noted that “all past and future ports will continue to be free and publicly available.” Developmental alpha and beta builds will be exclusive for select Patreon tiers, but the final product will be released to the public once finished.

This includes the group’s VR port for 3D Realms’ Wrath: Aeon of Ruin, which is currently in Steam Early Access, and Patreon members will be able to play an early access version once the service is launched.

The other port that its Patreon members can try soon is Bendy and the Ink Machine, a VR mod by BaggyG of the first-person horror adventure game. The mod is expected to release in Q4 2022 and early access will be released for Patreon members “hopefully within the next couple of weeks.”

How To Play Steam Video games On Oculus Quest 2