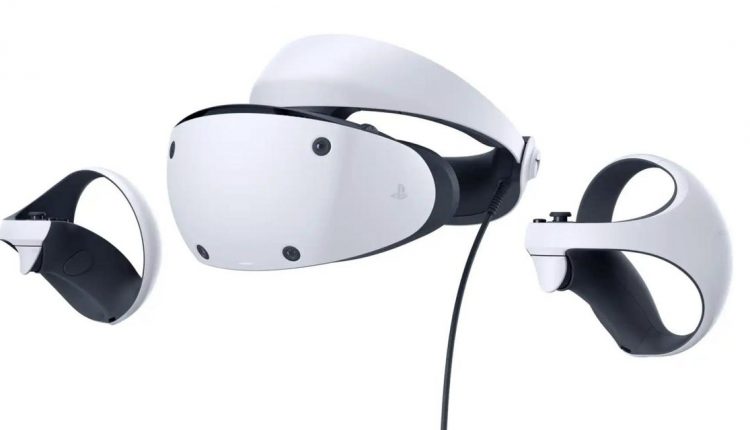 If the press is to be believed, the Metaverse is clearly headed for a “trough of disillusion,” where it will likely languish for some time, perhaps until it actually exists. This has to be one of the fastest falls from grace a new technology ever had. In the 90s, we thought e-commerce would eat retail. And twenty five years and a pandemic later, it really has. The Metaverse could similarly take decades to ripen. Meanwhile, the beatings gleefully continue. Zuckerberg Has Burned $500 Billion Turning Facebook to Meta said a New York Magazine feature. Why Facebook’s metaverse is destined to be the biggest flop in tech history said another. Sony introduced its new Playstation VR 2 this week, reminding us that Meta does not have consumer VR to itself.

Sony unveils new virtual reality headset for PlayStation The only thing not to like about the new PS5 VR2 HMD is that it’s still tethered to the game console, but even that has been simplified and improved. Through that cord the VR2 will deliver 2000×2040 per eye resolution, with a 110-degree field of view, eye tracking, 3D audio, headset haptics, and foveated rendering. The headset-tracked PS VR2 Sense controllers are a real upgrade as well. No word on the street date or price.

Meta Metaverse Will Use AI To Assist Users in Generating Worlds Meta hosted a virtual event yesterday where they shared a new artificial intelligence application that will enable users to instruct “BuilderBot” to make scenes on command. In the video above, Builder Bot makes a beach scene.

It doesn’t get more immersive than this. When Las Vegas’ Area 51 opens next year, it will feature a … [+] Banksy-like installation by Santa Fe Arts Collective Meow Wolf.

Meow Wolf: More Immersive Than VR Meow Wolf’s real world location in Las Vegas, Omega Mart, is a unique, funny and thought-provoking take consumer culture. The faux grocery store has had over a million visitors since it opened a year ago.

Groped into VR Chat The BBC says VR Chat has unsavory adult content in some user built worlds, and they’re all open to kids. Good point but have you seen the Internet lately?

Minecraft VR Is Now Available On The Meta Quest This is a game that wants to be spatial. It was even featured in the Ready Player One movie.

You don’t have to be rich to race in the America’s Cup anymore. naval verses launches on the Quest today.

This Week in XR is now a podcast hosted by Ted Schilowitz, Futurist at Viacom, and Charlie Fink, the author of this weekly column. Our guest this week is Dan O’Brien, GM of HTC America. You can find us on podcasting platforms Spotify, iTunesand YouTube. In addition, our podcast is posted on Awe.live at 12pm/3pm EST Friday afternoon, where I’ll be chatting with you live during the podcast.

The Metaverse Is Coming: We May Already Be in It As in the world of The Matrix, we may not be able to tell what’s real and what’s not. (Rizwan Virk/Scientific American)

Everything You Wanted to Know About the Metaverse—But Were Too Afraid to Ask How do you navigate an immersive virtual world that’s still mostly conceptual yet manages to generate billions of visits and even more dollars? Buckle up, because the deeper you go, the weirder it gets. (Josh Condon/Robb Report)

The right way to join Oculus Quest 2 to a PC