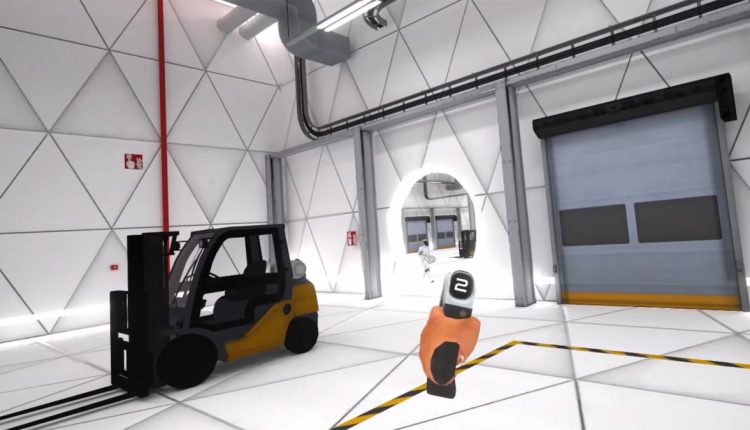 Since the beginning of the VR gaming revitalization in 2016, gamers have been clamoring for a VR version of the classic Portal games. While rumors swirled around the possibility of Valve making one, leaks suggest Valve may have abandoned the project due to motion sickness concerns. Thankfully, one small developer is brave enough to do what Valve won’t.

Warp Lab (opens in new tab) for the Oculus Quest 2 (opens in new tab) looks to fill the void that Valve is so oddly leaving by giving players the ability to open portals on seemingly any surface via a handy portal gun. Warp Lab might not use the familiar blue and orange portals that the Portal games made famous, but it looks to change up Portal’s gameplay by adding in significantly different types of locales and enemies that are a little more intimidating than a stationary turret.

Pixel Framers says that Warp Lab is a single-player-focused game with an emphasis on puzzles and combat scenarios. While multiplayer won’t be available at launch, the developer says they’re working on it for a future update.

Developer Pixel Framers just posted a full-level walkthrough video (opens in new tab) showcasing some familiar Portal-style gameplay with a unique twist on the formula. The previous trailer, which can be viewed below, shows just how varied Warp Lab’s environments and scenarios likely will be when it releases on Steam and the Meta Quest store in Spring 2023.

If you’ve not yet picked up a Quest 2, make sure to check out all the excellent Quest 2 Black Friday/Cyber ​​Monday deals (opens in new tab) going on until Tuesday, November 29.