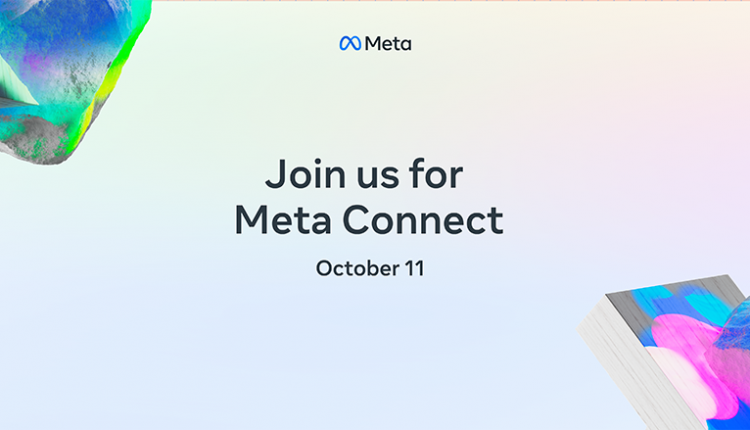 Meta has just announced that Meta Connect 2022 will take place on October 11, and we may finally get a glimpse of its next VR headset: Project Cambria.

While this year’s Meta Connect might not be as wild as last year’s event – ​​which saw the company announce its bold metaverse ambitions and change its name from Facebook – it should give us a better look at Meta’s Oculus Quest 2 successor, the so-called Project Cambria VR headset.

It’s worth noting that while Meta hasn’t explicitly said that Cambria – which will most likely officially be called the Quest Pro – will be in attendance, it’s strongly been hinted at it.

For starters, at the 2021 Connect Meta promised we’d see Cambria launch in 2022, which is only a few months away from ending; combined with this year’s show’s promise (opens in new tab) to give attendees “a look at what’s to come in the near and far future” for its metaverse ambitions and we can safely guess that Cambria will get some stage time.

But that’s not all. Meta CEO Mark Zuckerberg teased that we’d see Meta’s “next VR headset” in October while appearing on the Joe Rogan Experience; plus a post on Zuckerberg’s Facebook page (opens in new tab) that says “See you at Meta Connect on Oct 11” we see him wearing some shadowy VR headset that looks nothing like a Quest 2, but a lot like the Project Cambria render Meta shared in 2021.

Meta’s only official image showing Project Cambria; though it looks like what Zuckerberg was wearing… (Image credit: Meta)

So, we’re pretty much guaranteed to see Meta show off its next VR headset during October’s event. But will Apple beat it to the punch?

At the time of writing, we’re just hours away from the next Apple event – ​​which will almost certainly be the launch party for the iPhone 14.

But beyond Apple’s new best smartphone, we’ll also likely see the hotly anticipated Apple Watch 8 and AirPods Pro 2 get some stage time too. Is that going to be all though?

Apple has also been (not-so) secretly working on its own VR headset – what we’re creatively calling the Apple VR headset – and some hope we might finally see it get announced today. With Apple and Meta’s next VR headsets seemingly aimed at the same demographics (people after high-end VR and AR experiences that aren’t restricted by higher headset costs), it would make sense that Apple might want to get out ahead of Meta and start Building up hype before Meta can steal the show.

Unfortunately, that likely won’t be the case; Today’s event will be all about the iPhone 14.

The iPhone is just too important for Apple to announce a VR headset at the same time as the iPhone 14 (Image credit: TechRadar)

While this is only our speculation, it comes with a few points to back it up. Firstly most rumors hint at a 2023 launch for the Apple VR headset. Apple tends to announce and launch its products within a relatively short time frame so it’s unlikely that it would announce the headset today and hold off for several months before putting it on sale.

Additionally, with the iPhone being such an important cog in Apple’s machine, it won’t want to risk overshadowing today’s announcement with a headset reveal. The headset is pretty unique in terms of Apple devices and will almost certainly eclipse whatever products it’s launched alongside. The iPhone 14 and VR headset would only cannibalize each other in terms of media coverage, which could see one or both devices not get as much time in the spotlight as they need.

Instead, we’ll likely have to wait until October for a new VR headset reveal when Meta shows off Project Cambria.

After that it’ll be a race between Apple, Sony (with its PlayStation VR 2 headset), and ByteDance – with its rumored Pico 4 and Pico 4 Pro.