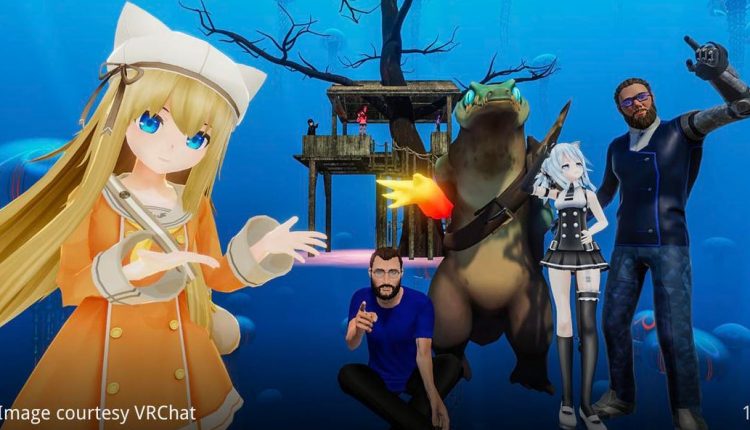 The Metaverse made several important announcements this week. VRChat just pulled out $ 80 million to create a digital economy that rewards its builders. Social VR companies like VR Chat and Rec Room will attract and retain audiences that are largely based on a very unique type of user-generated content: avatars and places. In fact, this is how Roblox users get compensated from other users. World builders will soon become coveted celebrity streamers. The company that provides the best tools and the biggest audiences and most importantly the biggest rewards for its builder community will win. As if on cue, Matthew Ball, former Amazon Studios strategist who turned VC and wrote brilliantly about The Metaverse, steps in. On Wednesday June 30th, he launched EFT (Exchange Traded Fund) on the topic of Metaverse.

VRChat raises $ 80 million Series D funding to build its own digital economy The round was led by Anthos Capital along with participating investors Makers Fund, GFR Fund and others. This is a win for the six-year-old company that previously raised $ 15 million. The company that manages one of the largest XR metaverses says the funds will be used to accelerate a maker economy.

The ETF that allows you to invest in public tech companies that are building parts of the Metaverse Ball Roundhill EFT (Exchange Traded Fund) will buy Metaverse-linked stocks, a type of index fund curated by Matthew Ball. The EFT is traded on the NYSE as a META. Previous holdings appear to include familiar names like Qualcomm and Nvidia. Read Ball’s famous post here, which he wrote on Metaverse in January 2021.

The WXR Fund, the first venture fund to invest exclusively in women in the areas of Extended Reality (XR) and Artificial Intelligence (AI), has closed its founding fund with $ 5 million. Congratulations to the partners Abby Albright, Martina Welkoff, Amy LaMeyer and Malia Probst. Companies in their portfolio include Obsess (who completed their $ 10 million Series A this week), Absurd: joy, Embodied Labs, Wavely Diagnostics, All3D.ai, Prisms of Reality, and Scatter.

Apple and Snap partner JigSpace, the “Canva for 3D”, raised $ 4.7 million for the Series A. Their free popular jig space app allows users to create their own free 3D apps without coding. The Pro version starts at $ 49 / month for individuals. The funding round was led by Rampersand with Investible and new investors such as Vulpes and Roger Allen AM.

Friends in the common room.

Rec Room for adding an Android app. The social world of free VR has exploded since game consoles and Apple devices were added. The Android version should further accelerate growth. The company recently raised $ 100 million on a $ 125 billion valuation to help build a digital economy and reward its home builder community.

Discord acquires augmented reality startup Ubiquity6. The AR cloud company that developed the spectacular Display.Land scanning app broke its ambitious plans and came to the conclusion that monetization would take too long. They folded their hands in the face of fierce competition and the enormous cost. The last time I spoke to co-founder and CEO Anjney Midha, they were considering giving money back to investors. Discord and U6 share a number of VC investors, so that’s how they did it.

This Week in XR is now a podcast hosted by Paramount futurist Ted Schilowitz and Charlie Fink, author of this weekly column. You can find it on podcasting platforms Spotify, iTunes, and Youtube.

Which US cities have the best 5G? (Pipe)

Supernatural VR is a enjoyable cardio sport for the exercise-averse