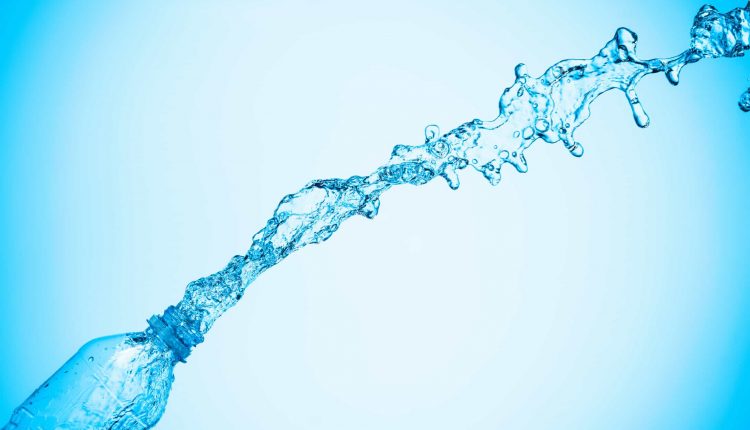 This is one of a collection of stories that are like “Final Destination” meets “The Monkey’s Paw” (WW Jacobs, 1902). As such, they are tragedies more than either mysteries or horror, and would appeal most to readers who enjoy the inexorable pull of a story arc that leads to doom. In each story, a protagonist makes a wish that comes true with fatal results for someone, often the person making the wish. Nothing supernatural, but just how things work out. (Or is it?) The technical details surrounding the fatal (or near-fatal) event are drawn from real cases in the US OSHA incident report database or similar sources and are therefore entirely realistic, even if seemingly outlandish. The plots draw lightly from cultural beliefs around actions such as pointing at someone with a stick or knife, wishing in front of a mirror, or stepping on a crack.

dr Silas B. Dietrich was a stickler for detail and an intense micromanager, and he wanted work to adhere strictly to schedule—his schedule. As the head of the Department of Physical Medicine and Rehabilitation at a 500-bed regional hospital, he ran programs to deal with physical conditions that were mainly related to workplace, sports, and motor vehicle accidents. Silas had a new passion that kept him up at night and his staff miserable as a result.

His department offered a comprehensive range of modalities, including physiotherapy that focused on manual therapies to restore range of motion and the like, while the physical treatment arm used exercise-based therapies to restore strength or build muscle to cope with injury. Business was good, but there was a year-on-year, month-on-month declining trend. It was a slow decline, but clearly a downward spiral. Silas had agonized over it for months, racking his brain, pouring over industry marketing research, and calling around. Everyone in the rehabilitative industry was seeing a downturn, except for those in Florida, Texas, and Southern California. There were two forces of change at work that were driving business down and south: first, an aging population that was migrating or going on holiday in warmer climates, and second, the effects of fancy new virtual reality (VR) exercise equipment. For those who couldn’t go south, there was an option to stay in town and indoors with the use of a VR system to do the physical training while feeling like you were on a beach in Florida. Silas had invested in developing a new service about which he was exceedingly proud and in which he was personally and deeply invested: Aquatic therapy. He planned a combination of VR systems, abundant foliage, and heated pools with an array of rehabilitative and therapeutic activities. A patron could be in an environment that was every bit as good as Florida, but without the travel and bugs. Silas treated the new project as his own private mission and bridled if anyone referred to it as “water therapy.” In his view, that term was reminiscent of the 19th century treatments in which patients living with mental illnesses were often subjected to icy plunges or jets of freezing water. He saw his aquatic therapy project as a way to expand services to new untapped markets that would boost revenue and prominence. He also had hopes that it would bolster and boost a career that had grown somewhat stale and redundant, and the success of the project had personal undertones that made it more than just a financial venture.

Silas already had a large marketing blitz planned for winter, when the combination of heated pools and sun lamps might be a big draw on people braving frigid weather. He watched the project like a hawk and was especially focused on the installation of two heated hydro-pools. Any slight deviation from plan, or even a hint that there might be one, brought Silas down to the new aquatic therapy suite on the third floor in a flap. When his pet project came under even the slightest threat or encountered the most minimal obstacle, it brought the bully out of Silas. He had canceled vacation for several staff members involved in the project and held daily progress meetings at which things often got very tense.

Cliff was a building contractor. To be precise, Cliff was an expert in the art of substitution in the field of construction. He specialized in giving customers exactly what they asked for rather than what they wanted. He knew every way to build things using cheap materials, substitutions, and alternatives that met the letter of the contract and inflated his profit margins. Cliff had won the contract to build out the aquatic center because he answered every question in the request for proposals and cited similar past performances, but mostly he had the lowest price. The hospital had used a “lowest price, technically acceptable” selection process that first checked for bid completeness and then sorted completed bids by price. They eliminated bids that were technically infeasible and awarded the first cheapest bid that was technically workable. This resulted in a fast selection process for a quick turnaround time, and, of course, it was far cheaper, and Cliff was cheap.

Silas and Cliff had not got on very well, as Cliff was Silas’ worst nightmare: He overpromised and underdelivered, and did so with a smarmy smile and a slippery escape route in the fine print. He was also untrustworthy as far as schedules, and Silas detested schedule slippage. Silas was by far Cliff’s idea of ​​a nightmare customer, one who was breathing over his shoulder at every turn, who scrutinized the schedule for every deliverable and the specs for every product. He queried every handle, knob, and fitting, and called an “emergency conference” every time a milestone in the project plan didn’t complete on exactly the hour the plan suggested. The more Silas tried to pin things down, the more Cliff tried to avoid him. The more Cliff dodged Silas’ calls and impromptu “site visits,” the more anxious Silas became, and the more convinced he was that Cliff was sneaking something past him and wouldn’t meet the deadline. Silas dealt with this growing fear by trying to track progress at an even more granular level, staging even more surprise site visits and making even more demands for status reports.

The fact was that Silas was right about Cliff trying to sneak around about something—in fact, about a few things. For one, although Silas had gone to great pains to check the materials, he had not noticed that the fiberglass mats were folded when he checked the inventory, and Cliff was using exactly half the number for which he was billing. Likewise, the resin was of low quality, although it was the correct quantity. Many of the fixtures were not the premium brand name that Cliff had suggested they would use, though he had not stipulated that in the contract. Cliff had found a supplier of knockoff products that resembled the best but were less than half price to Cliff. The mood between them was taught and brittle, and Silas reminded Cliff on more than one occasion that he had fired contractors who failed to deliver on schedule. Both men were experiencing physical effects of stress: Cliff got headaches and Silas had acid reflux.

The day on which the investors and members of the beneficiary’s council were to visit the new facility prior to an official ribbon-cutting was approaching fast. Despite persistent attempts to bring the work to completion with a day to spare, Silas was faced with construction workers still milling about and pools that had not yet been filled; There was equipment, materials, and empty scattered packaging and used rags everywhere. Silas was frantic; he dropped an ultimatum that the job had to be finished and the site cleared by 3:00 that afternoon, an hour before the scheduled tour. There had been progress; Silas had almost heaved a sigh of relief as he watched workers carting off equipment, tools, and byproducts of construction. He made a concession that filling the pools should wait until after hours when pressure would be higher and the resin had outgassed its solvent completely. He felt almost at peace, but that was before Silas discovered that the shower heads in the rinse area between the pools were a knockoff.

Now Silas was red in the face and having difficulty breathing because he was so distressed. Cliff tried to calm Silas by agreeing to fetch replacements himself while the last of the cleaning was completed and the rest of the workers vacated the site. He assured Silas that it would take him only a few minutes to replace the shower heads and that the last of his team would do one last clean of the pools in the meantime. Shaking slightly, Silas agreed to this, but underlined the time. There were only 45 minutes before guests arrived. Silas turned his attention to the worker spraying down the pools with a pressure washer. It was almost calming to Silas to see the repeated motions and the spray playing up and down the walls of the pool below him. The worker then used a large wet vacuum cleaner to suck up the water and debris, and Silas was beginning to feel a sense of panic again. The worker donned a respirator and, using about two gallons of acetone, cleaned any remaining excess or rough resin. She had just finished when Cliff returned and called her over to help replace the shower heads. With scarcely 20 minutes to go, Silas was torn between despair and hope, his neck ached, and his stomach churned.

They finished after a slight delay to fetch a special spanner and roll of plumber’s tape, but with 17 minutes to go, the worker was about to wheel away the pressure washer when Silas noticed that it had been dribbling dirt and water back down into the closest pool. His voice escaped as almost a shriek. His throat was tight and his teeth clenched. There was no doubt the guests were already arriving, and now there was mud streaking the pool like some sort of defecatory graffiti. Cliff sent the worker away with the pressure washer and the last of the tools and walked down the pool’s wheelchair ramp with the wet-vac. “It’s no problem, Doc. I’ll get this sucked up in a jiffy and be out of here before your guests walk in.”

Silas stood over the rim of the pool, watching with a sense of desperate hope tinged with fatalism as Cliff uncoiled the thick vacuum hose, attached it, and stooped to power up the big cleaner. With his thumb extended, Cliff pushed into the big square power button, and electricity surged through its circuits.

A stoichiometric ratio is the amount of substance in a mix of air in which there is enough oxygen to deal with all the substance in the mix. At around 5%, the acetone that had been collecting and mixing at the bottom of the pool was well inside the explosive limits, and it reacted violently to the spark of the wet-vac that was fully immersed in the cloud of acetone fumes filling and spilling over both pools. Cliff was entirely engulfed in the flames, and he and the wet-vac and resin burned fiercely. The blast threw Silas through the sunroof and the whirling cloud of glass shards created by the shock wave on the cut-price panes that Cliff had substituted. As Silas fell the three floors to the parking lot in a haze of red mist and shimmering glass splinters, his guests had indeed arrived, soaking up a spectacle of an entirely unexpected kind. Silas had promised them a spectacular surprise, and he was true to his word.

A FIRST FOR THE NORTH BAY REGION