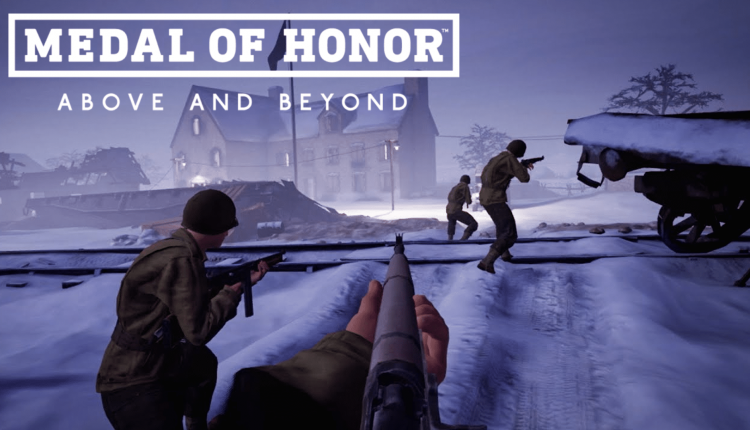 Medal of Honor: Above and Beyond launches every week for Oculus Quest 2 starting today, November 15th.

The news was just revealed on the Oculus blog, which also confirmed that the game will cost $ 39.99. As previously announced, full Cross-Buy support is included for those who purchased the Oculus Rift version from the Oculus Store. However, this does not apply if you purchased the game on Steam. The Quest Store page is already live.

Medal of Honor’s Oculus Quest 2 port promises to bring the full PC VR experience to the standalone headset. These include the lengthy campaign in which players fight in battles during World War II and the 12-player multiplayer component with five modes. It will be a big game to install and take up most of the space on a 64GB Quest 2. Cross-play with the PC VR version of the game is not included. Check out the trailer above to see the standalone version of the game stack up.

We were surprised to learn that the game is coming to Quest 2 as the PC version of Above and Beyond calls for high-end systems itself. We loved this version of the game, but we definitely had pace issues. “If you want to immerse yourself in a VR version of WWII with exciting set pieces, authentic historical footage, and an addicting online multiplayer mode, you should be fine,” we said. “But if you’re looking for an immersive narrative wrapped in a state-of-the-art development of expert-paced VR game design – don’t hold your breath.”

We will tell you as soon as possible about how the game is developing in Quest 2.