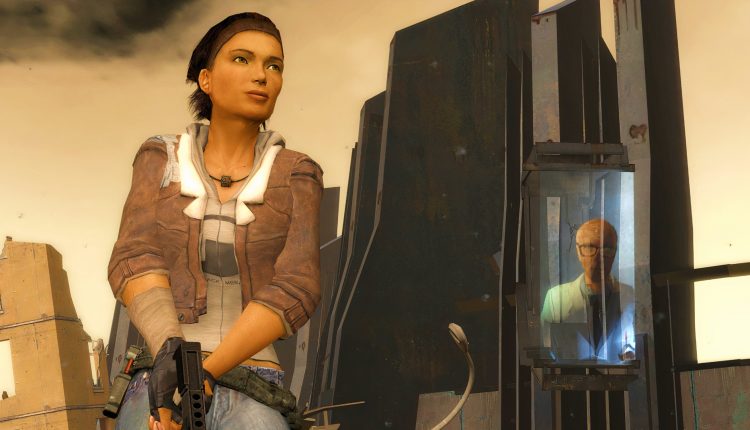 Half-Life 2 mod Half-Life 2: VR launches today on Steam, bringing Oculus Quest 2 support to Valve’s iconic sci-fi FPS, and giving us all something to do while we wait – and wait, and wait – for any news about Half Life 3.

Available for free, Half-Life 2: VR will begin as a public beta on September 16, allowing players to experience the Half-Life sequel using any headset that is supported by SteamVR, which includes the Oculus Quest 2, HTC Vive, and Valve Index – essentially anything you might find on the list of best VR headsets. A fan-made project, Half-Life 2: VR features motion controls, manual reloading for all weapons, a new weapon selection radially modeled on Half-Life: Alyx, and all environments fully-scaled to enable the VR experience. Though the initial launch is a public beta, the Half-Life 2: VR team plans to add more features and eventually make both Half-Life 2: Episode One and Episode Two VR-enabled in the future.

“Become Gordon Freeman,” the team writes, “pick up your crowbar, and immerse yourself in the world of Half-Life 2 like never before. Grab and throw objects with your hands, physically climb ladders and play catch with Dog as if you were really there,” adding that you must have a Steam-bought copy of Half-Life 2 in order to use the VR mod.

It’s not quite Half-Life 3, but alongside Entropy: Zero 2, which launched as an unofficial sequel to Half-Life 2 earlier this month, and new mods that turn the sci-fi shooter into either an Amnesia-style horror game, or a mind-bending mirrored maze that toys with your memories, Half-Life 2: VR is proof that the Gordon Freeman fanbase is as alive and well as ever.

If you want to know more about the possible future of Half-Life, check out our guide to whatever happened to Half-Life 3. You might also want to try out some of the other best VR games, or maybe some other great FPS games on PC, as we all tap our HEV-suited feet waiting for that dream announcement from Valve.