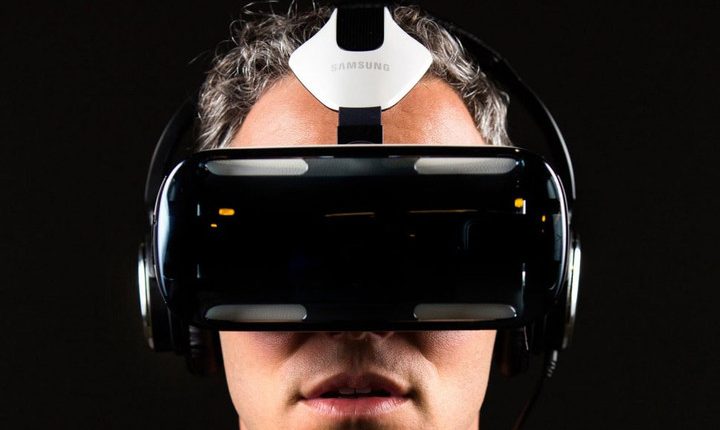 Anyone who has been bingeing Netflix and ESPN’s documentary series The Last Dance, about Michael Jordan and the Chicago Bulls, knows that the greatest of athletes aren’t just competing against one another; they’re competing against the high standards they set for themselves. This isn’t just reserved for great athletes, however. The same rationale is true for even average exercisers, albeit for very different reasons.

When many of us take up a new form of exercise — be it cycling, running, or rowing — we’re not necessarily looking to smash the competition. We just want to know that we’re improving, and a good way to do that is to try and beat our own previous personal best. That’s the idea that’s galvanizing members of the REal and Virtual Environments Augmentation Labs (REVEAL) in the UK’s University of Bath.

Led by Christof Lutteroth, a senior lecturer in computer science, researchers at the university have developed a virtual reality system that allows people exercising to don a virtual reality headset in the gym and compete against, well, a ghostly version of themselves. Or several of them.

“Athletes really enjoy competing against others,” Lutteroth told Digital Trends. “For them, the racing experience is really exciting. It can be euphoric, exhilarating, with this cocktail of emotions that’s really powerful. This is not really accessible to the average person — especially to people who are not motivated to exercise or maybe not very fit to begin with. It’s really difficult for them to find enjoyment in racing against another person.”

Ghosts of exercise past

That is where the VR software created by Lutteroth and his team comes into play. It lets people compete, in a virtual environment, against their previous time records at completing tasks like running on a treadmill or cycling on a stationary bike. By turning this into a VR race, with all the player’s previous attempts taking the form of other avatar racers, the exerciser gets to see how far they’ve come on their fitness journey — while being pushed to continue improving. It provides the motivating feeling of competing against more than just an abstract number on a treadmill or stationary bike. But it does this without the demotivating element of competing against other real people who may be considerably better than you are.

In a four-week study carried out on the Bath University campus, participants were assessed as they carried out high-intensity sessions on a stationary bike. Cyclists using the VR “exergames” to race against ghostly versions of their past performances doubled their power output compared to solitary racers. They also hit far higher heart rates. While competing against just one ghost was better than racing against none, the best results were found when players were competing against an array of their past performances.

“People put an enormous amount of energy into overtaking their own avatars,” Lutteroth said. “One way to think about this project is that it basically manifests your fitness journey in a virtual game. The race that you’re taking part in is basically your fitness journey from when you start and you’re really slow, getting faster and faster, to where you are in the present — and even extrapolating that into the future. We can put another avatar in the game that represents what you may be able to achieve. It’s aspirational, while also being realistic and within your capabilities.”

Virtual reality is a technology that enthusiasts have been excited about for decades. But despite some amazing advances during that time, it’s still failed to catch on as a mass-market technology outside of a few core use cases. The smart fitness device market is a fast-growing marketplace, expected to be worth an estimated $29.4 billion by 2025. If VR-aided exercise was to find popularity among large numbers of people as a gym essential, it could provide an enormous opportunity for the makers of VR headsets and software.

Coming soon to a head near you?

As Lutteroth said, however, the technology does have its limitations. “The main limitation when exercising with VR is safety, because you can’t see where you’re going,” he said. “For example, you can’t just run [on the street] with a VR headset on your head.”

Lutteroth sees some potential with technology like AR glasses, which overlay computer-generated imagery over the real world. But he said that, right now, the technology is not yet ready to make this a feasible approach for expanding the number of places this kind of system could be used. Part of this is that no one has yet cracked the perfect format for AR wearables. However, there is an additional safety aspect.

“There are other things that happen out on the street, from cars to pedestrians,” he said. “Let’s say you’re really immersed in your virtual game and following your other avatars, and one races across the road in front of an oncoming car or a pedestrian. It could get really dangerous. That would probably require a bit more work on the safety side before it could [be feasible.]”

For now, Lutteroth is happy sticking with his virtual reality setup. He said that he is planning to release the system so that people will be able to try it for themselves. In the age of social distancing, and many people still working from home without the daily steps required to commute to the office, this might be the perfect way to get exercising people.

Is there anything more 2020 than the idea of ​​eschewing flesh-and-blood exercise partners to cycle solo against the ghost of your less fit past?