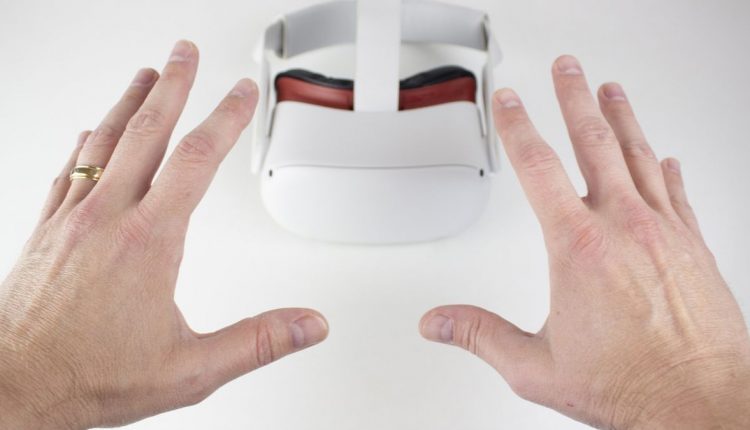 Amazon Prime Day will officially begin on Tuesday, July 12th at midnight PT and will extend through the following 48 hours. We’re just a couple of weeks away from one of the biggest deal events of the year, as Amazon throws tens of thousands of tech deals our way. For people hoping to snag an Oculus Quest 2 or some Quest 2 accessories, you’ll want to keep your eye on the site during the deals event.

Up to this point, Meta has very rarely discounted the Quest 2, a headset it already sells at a loss. And that hasn’t stopped it from selling upwards of 15 million units. But during last Black Friday, it gave away a free $50 gift card when you bought a headset; and this May, we were flabbergasted when Amazon suddenly had the Oculus Quest 2 listed for just $149a 50% discount, and the 256GB model for $150 off as well.

These deals sold out very quickly, but it could portend a similar price cut once Prime Day 2022 rolls around.

We don’t know yet whether we’ll see a Prime Day Oculus Quest 2 deal, or how long the deal will last if it does appear. But history suggests you’ll want to keep an eye out, and we’ll keep this page updated before and during the event with every deal we spot. And you can certainly count on some hefty discounts on Meta Quest 2 accessories, both from Meta and third-party brands.

Right now, your main “discount” is to choose the Oculus Quest 2 128GB over the 256GB model for $100 extra; you might want the extra storage, but our recommendation is that most people can make do with the smaller hard drive and shouldn’t be upsold.

With that out of the way, let’s talk actual Prime Day Quest 2 deals.

As we mentioned above, Meta briefly sold the Quest 2 for $150 off in both sizes last month, the best deal we’ve ever seen. Otherwise, it’s almost always found at full price, including during Prime Day 2021. But at that point it was less than a year old; Now, Meta will want to drive higher headset sales because of the company’s recent financial woes.

Aside from a $50 gift card offer during Black Friday, we’ve only occasionally seen deals on Quest 2 bundles, such as $20 off the Pro Bundle that includes a Carrying Case and the official Elite Strap. Even if the headset remains full price, the best Quest 2 accessories can cost hundreds of dollars on top of that, and a bundle discount or free cash could help soften the blow.

We’ve linked the Amazon store page below for the Oculus Quest 2, which you can check starting on July 12. Be sure to check both storage sizes and the three bundle deals, as you may see a specific promotion that bundles a case, strap replacement, or PC cable for cheaper than normal — even if the headset itself isn’t discounted.

If you’re already an Oculus Quest 2 owner, you know that the headset itself is a bit of a fixer-upper. The foam face cover causes face rashes, the default strap leaves the headset far too front-heavy so it rests on your nose, the noise bleed from the built-in headphones could annoy your roommates or family members, and it doesn’t ship with a case.

Thankfully, deals on Oculus Quest 2 accessories are much more common than on the headset itself, especially on third-party accessories. In past deals events like Prime Day and Black Friday, we saw discounts on the Anker Charging Dock, VR Cover accessories, KIWI Design accessories, and other favorites of ours.

As we get closer to the main event, we’ll reach out to Meta and accessory-makers for information on upcoming Prime Day Quest 2 accessory deals, and update this space accordingly. For now, many of our favorite Elite Strap alternatives are up to 20% off at the moment, an excellent place to start your Quest 2 upgrades.

Amazon announced on June 16 that Prime Day deals will go live on July 12th at 12 am PT and will remain active through 11:59 pm PT on July 13th, across 20 different countries. The official statement reads:

“The 48-hour event kicks off July 12 at 3 am EDT and runs through July 13 for Prime Day Members in Austria, Australia, Belgium, Brazil, Canada, China, France, Germany, Italy, Japan, Luxembourg, Mexico, the Netherlands , Portugal, Singapore, Spain, the UK, the US, and for the first time ever in Poland and Sweden.Later this summer, Prime Day deals events will be held in India, Saudi Arabia, and the United Arab Emirates, as well as in Egypt for the first time.”

Prime Day officially lasts for 48 hours, but many of its best deals are Lightning Deals, which only last as long as stock is available. For those deals, it can be a matter of moments before that stock runs out and you’re put on the waitlist; but if you do reserve a deal, you’ll typically have a set amount of time (about 10-15 minutes) to buy it at that price.

Otherwise, most daily deals will list on the store page how long the discounted price is available. And again, if stock runs out, you’ll either see the price return to normal or the delivery date pushed out by weeks or months. So if you see a good price, you won’t necessarily want to wait.

One last tip: other sites like Best Buy and Walmart will often try to match or beat Amazon’s prices during Prime Day to steal away some customers. So if you see a Prime Day Quest 2 deal but aren’t able to snag one in time, check other sites to see if you can have more luck there instead.