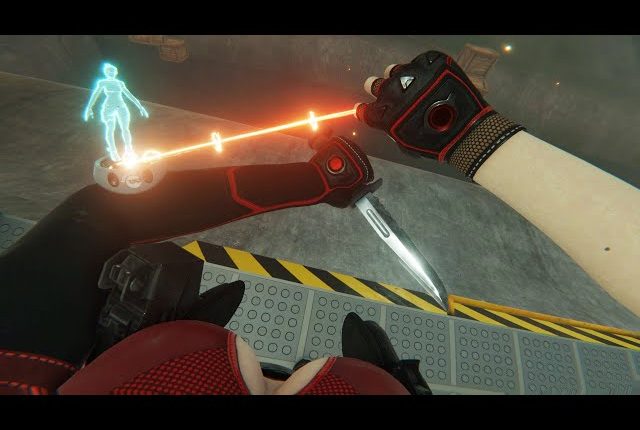 Sharing a universe with 2019’s Boneworks, calling Bonelab one of VR’s more anticipated games in recent times is a fair assessment. Developed by Stress Level Zero, this upcoming follow-up first appeared at April’s Meta Quest Gaming Showcase and now, the wait is almost over. Launching this week on Meta Quest 2 (formerly Oculus Quest 2) and other PC VR headsets, we now have an extended look at Bonelab’s gameplay, too.

Building upon Boneworks, which is often considered to be one of the best VR games, Bonelab retains the experimental physics-based sandbox seen in its predecessor. Taking us back to MythOS City, it’s unclear whether this features a story-driven campaign, though a “layered narrative” is promised. Through the official Meta Store page, Stress Level Zero teases that each location contains clues which “enable you to progress through the mysterious story.”

This time around, Bonelab sees us discovering an underground lab in MythOS City. This provides access to “a variety of game locations including arenas, obstacle courses, tactical trials, sandboxes, experimental modes, and user generated levels.” Collectible items are mentioned and you can import custom avatars into the game with matching stats. A brief story outline was also provided:

“Sentenced to death, you embody an outcast escaping fate. Discovering a pathway to a hidden underground research facility. A series of challenging experiments and discoveries await. A road to the truth calls from the void.”

We’ve also got a fresh look at Bonelab’s gameplay on Meta Quest 2. Posted by Stress Level Zero’s Brandon J Laatsch, this 47 second clip showcases how it plays. Running at 90Hz, we can spot several abilities here, including a tool for quickly building obstacles to block enemies and dual wielding. Players can grab far off objects with a gravity pull, and there’s a brief glimpse of some slow-motion gameplay while mid-air.

If you’re hoping to play this on the best VR headset, we’ve got good news. While it’s unsupported on the original Oculus Quest, Bonelab launches on Meta Quest 2 and PC VR via Steam (compatible with Oculus Rift and Valve Index) on September 29, retailing for $39.99 USD.