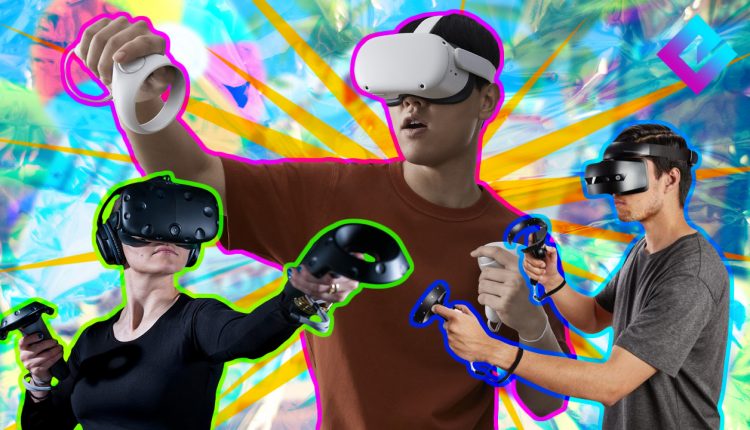 Virtual reality is still on its way to becoming the norm, and while it doesn’t look like many gamers own a VR headset, the truth is that a large number of gamers on the Steam Hardware Survey do own one. According to the survey, the headset of choice seems to be the Oculus Quest 2.

For those unfamiliar with the Steam Hardware Survey, the survey is conducted every month to assess which hardware is the most popular among the customer base, while the survey is completely anonymous and voluntary, it gives an interesting insight into the most popular computer hardware is on the platform. When it comes to things like the operating system, obvious systems like Windows 10 make up 90% of the PC environment. According to the survey, the most common GPU is the NVIDIA GeForce GTX 1060. When it comes to VR headsets, a surprising number of gamers use the Oculus Quest 2 for their PC VR setup.

It ranks first with the Quest 2, which accounts for 32% of the PC VR landscape on Steam, the Rift S at 17% and the Valve Index at 16%. These are the top 3 headsets, but only two of them are available. This is because the Rift S was discontinued similarly to the Original Oculus Quest and the Original Rift. This is not without reason, however, because the strategy of making Quest 2 the only available Oculus VR set ensures a perfect introduction to virtual reality. The index is priced around $ 1000 and the Quest priced around $ 300.

The point is that the Quest can do everything that all previous headsets can, all wirelessly and at an affordable price. The Quest 2 can also be used without a base station or PC, in contrast to the index, which on the platform is aimed more at VR enthusiasts. The Oculus Quest 2, which can connect to PC via WiFi or a cable, offers some of the easiest VR experiences to set up for non-PC and PC gamers. So that gamers can enjoy the headset without the need for external devices. The price is the real selling point for the PC VR landscape, however, as the Steam Hardware Survey only examines PC VR and the Quest 2 is not only able to connect to a PC with Steam VR, but also Also at a competitive selling point, this is a headset for new users. But what does that mean for the future of VR on PC, as 1/3 of all PC VR users own a Quest 2?

Surprisingly, it doesn’t set a precedent for Oculus’ takeover of PC VR, but it does mean VR makers will have to compete with the Quest. However, there are two things that will keep the quest going – front running for VR in the future. Wireless gaming and their title lineup. Note that Quest 2 can do Quest Link, a wireless wifi solution for wired VR, which the Index cannot. The ability to play VR titles with high fidelity over Wi-Fi, while not perfect, is desired by many VR gamers as full freedom of movement is restricted in the VR consoles and the possibility of tangled cables is a real possibility, too including that the current solution is to hang the cables from the ceiling, which means that a dedicated headroom is needed for the players in the VR. With Quest 2, however, this is obsolete as the Quest 2 runs on a battery and not a cable. Also included is the Oculus Store, and while Steam is king for VR titles, other manufacturers are planning their own Oculus-style store, like HTC with the Viveport. However, the limited number of games means that players will be using their headsets with Steam instead.

Right now, Valve itself is Oculus’s biggest competitor, with the index, although expensive, blows the Oculus Quest 2 out of the water with everything the index can do, but if Valve were to create a second index with the ability to Playing games from the Steam library wirelessly or creating a wireless attachment for the index and selling that hypothetical headset to the Quest at a competitive price would create serious competition in the VR landscape.

Oculus Quest 2 Is Changing into A VR Private Pc